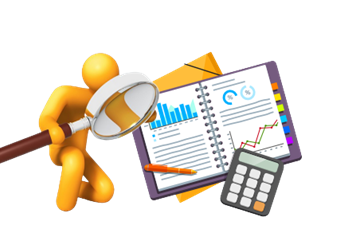 While giving his speech at the Parliament on the 20th of September 2022, the Minister responsible for finance ironed out the government’s intention toward the ongoing Electronic Money Transaction Levy (EMTL) outcry. This section highlights the proposed changes and the associated policy implications.

This section highlights the proposed changes and the associated policy implications.

This measure is meant to promote a cashless economy which is also associated with positive contributions including promoting domestic revenue mobilization and addressing informal business transactions (mostly cash-based). Specifically, the measure will promote the usage of digital financial platforms and ultimately financial inclusion in the economy.

This measure is meant to promote a cashless economy which is also associated with positive contributions including promoting domestic revenue mobilization and addressing informal business transactions (mostly cash-based). Specifically, the measure will promote the usage of digital financial platforms and ultimately financial inclusion in the economy.

This is a great move by the Minister as clarity was needed among the exempted parties. The existing 2022 NPS (Electronic Money Transactions Levy) Regulations have defined the term “user” to mean a person who transfers or withdraws money electronically or over the counter other than the Government, Merchant, or business. Tanzania will not be the first country to adopt this measure as Ghana’s E-levy regime has exempted merchants or businesses that are only registered with the Ghanaian Revenue Authority (GRA). The rationale is to incentivize formal businesses to embrace formal payment arrangements that ultimately reduce tax authority’s surveillance or tax administration costs.

The proposed policy means that effective 1st October 2022, the Levy shall not be charged on bank Account withdrawals (i.e., from bank to cash) of all amounts less than TZS 30,000 but only if the associated transaction is made through a Bank agent or ATM.

This policy is meant to protect vulnerable groups who may be highly associated with transactions of amounts equivalent to not more than TZS 30,000 from the burden of the levy. Consecutively, the measure aims at discouraging bank-cash transactions and ultimately to some extent reduce informal activities in the economy.

There are two eligibility criteria that guarantee the enjoyment of this waiver. First, the transaction should be related to a user’s or a person’s bank account and secondly, the withdrawal should be done at either a Bank Agent or an ATM.

The following questions may be raised in reaction to the proposed Policy.

Secondly, why would the government propose to only waive the levy on bank-related withdrawals and exclude those withdrawals made through Mobile Money Agents? Which financial related platforms are mostly used by majority of the vulnerable groups?

If the intention is to protect the vulnerable group, it is important understand what kind of financial-related services or platforms are mostly used by this group in Tanzania. Findings suggest that for over a decade there has been an increasing trend in the usage of electronic platforms offering financial services, mostly mobile money services due to a flexible regulatory environment, and massive investment by the private sector in distribution ecosystems and associated promotion. For the period between 2009 to 2017, the percentage of people using bank services increased from 9% to 16.8%, and for those not using bank services but using other formal services (including Mobile Money) increased from 7% to 48.6% (FinScope Survey, 2017).

This is a good policy measure as ultimately it will lower the cost of electronic transactions specifically for transactions that have not been exempted from the levy. However, one can also consider not reducing the rate if the intention is to change people’s behavior of engaging more of cash-transactions than electronic ones in order to address informal activities and associated problems.